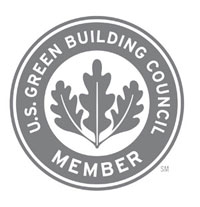 The Graves County Fiscal Court, in conjunction with the Administrative Office of the Courts, needed the courthouse to be updated and enlarged to house the Circuit Court, the District Court and the Circuit Clerk Offices. The original building was designed by H.P. McDonald Brothers of Louisville, and construction of the elaborate structure was completed in 1889. The courthouse was later enlarged in the 1940's. The scope of this project included complete renovation of the existing building and an addition to provide more usable space and better access to the annex, while still preserving the historical facades. The project posed many challenges. A 1940's addition to the building was found to be structurally unsound. Asbestos was found during construction in soil cement on the second floor. Because of water damage, the top 10 feet of the clocktower had to be rebuilt. The exterior masonry had aged considerably and required extensive tuckpointing and repair. Level coordination between an annex constructed in the 1950's and the original courthouse was complicated and required the addition of an elevator and stairwell connecting numerous levels. The existing circuit courtroom was restored to its original beauty. A 10-foot dropped ceiling was removed, and the ornamental plaster ceiling was repaired, increasing the height of the room to almost 20 feet. The building was made fully handicapped accessible, and all HVAC, mechanical, and electrical systems were replaced.